Assault charges in Colorado Springs are charged by amount of harm inflicted, and the perceived intent to harm the victim. 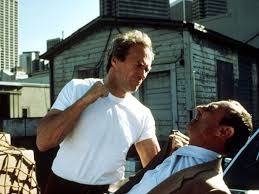 First Degree Assault is the most serious assault charge and is a class 3 felony, and also labeled an Extraordinary Risk Crime. This means that a conviction for first degree assault can carry a mandatory prison sentence to at minimum the mean average of the potential sentence for the crime. As a class 3 felony and extraordinary risk crime, the sentencing range for First Degree Assault would be 4-16 years in state prison.

Prosecutors look at the following conditions when charging a person with First Degree Assault:

Mandatory 10 Years to a Maximum of 16 Years In Prison

Assault in the Second Degree

Second Degree Assault has multiple definitions. Prosecutors will seed to persuade a jury to convict the defendant if they feel that the following circumstances exits in the case:

Mandatory 5 Years to a Maximum of 8 Years In Prison

Assault in the Third Degree

Third Degree Assault is defined as “recklessly or knowingly causing bodily injury to another person.” This criminal charge requires that an actual injury in order for the charge to be supported, but note that pain also constitutes injury, even if there is no physical injury to the person assaulted.

All assault charges will be judged in large part on the mitigating and aggravating aspects of the incident. If a defendants actions are deemed justified by a victim’s provocations or considered a “Crime of Passion” the judge is more likely to waive mandatory sentencing guidelines. Conversely, actions by the defendant that appear exceptionally heinous are much more likely to face mandatory sentencing guidelines.

The claim of Self defense is a common defense used by counsel to counter an assault charge. The defendant is allowed to use only the amount of force necessary to defend himself. A defendant cannot use excessive force unless it can be proven that the victim would have tried to kill the defendant if deadly force by the defendant was not used.