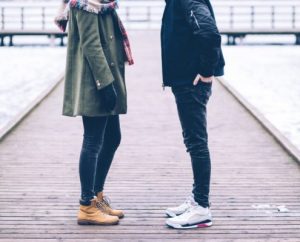 An example of relationships that would cause an offense to be deemed a domestic violence issue include:

1. Family members
2. Spouses
3. Ex-spouses
4. Persons who are or have been in a romantic relationship
5. Parents who share a child
6. Cohabitants

1. Any act of bringing harm or threatening harm to a person as well as the property of that person (inclusive of pets and animals)

2 In order to coerce or invoke vindication on a person to whom the accused has close relations.

Colorado state laws also provide strict protocols for the handling of DV offenses by the law enforcement officer that responds to the reported offense.

Colorado laws state that law enforcement must make an arrest in every case where is it reasonably confirmed that a DV issue has occurred. The officers are required by law to arrest and charge the suspected perpetrator of the offense. The alleged victim’s willingness to press charges does not apply.

Once an arrest for domestic violence occurs, the legal process moves very quickly. The Colorado “Fast Track” program dictates that this triggers the following:

This means that there is no immediate bonding-out for the defendant until they appear before a judge.

The mandatory arrest and jail time in all DV cases is a huge disadvantage to the accused. During the period of mandatory jail time, the defendant is often offered and accepts a plea offer by the prosecutor.

Without proper legal counsel experienced in domestic violence, defendants often do not understand the charges against them or the negative consequences attached to a plea agreement.

The results of accepting a plea bargain or a wrongful conviction under Colorado DV statutes can be staggering. The court order preventing contact with the alleged victim can be very harsh. A restraining order will keep you from contacting your own children and other family members. A domestic violence conviction creates a harsh sentence for the defendant. It also attaches a negative stigma to the accused in the eyes of friends, relatives, neighbors, and co-workers.

A defendant should ever accept a guilty plea without complete understanding of what the charges against them are or competent legal counsel to advise them. Every domestic violence charge will reflect on your criminal record and will impact your life in many ways. You will be prohibited from possessing firearms, your employment may be in danger, and even your ability to rent a home can be affected.