Are You Facing A Colorado Domestic Violence Charge?

An arrest for one of the many crimes that will get you charged with Domestic Violence statutes in Colorado differs significantly from similar charges in other states. Colorado revised domestic violence statutes require: 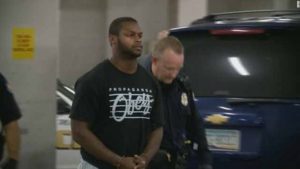 WHAT TO KNOW ABOUT COLORADO DOMESTIC VIOLENCE

It’s essential to understand (and be aware) that many Colorado domestic violence charges result from behavior that is entirely legal in many other states. For example, our state has a high percentage of military personnel stationed here from parts of the country where a loud argument between significant partners is perfectly legal. That same loud argument in Colorado Springs could quickly get you arrested.

But we also represent those who have been victimized by the actions of an abusive partner. Innocent people have been accused, charged, and imprisoned for an act they did not commit because they had little or no legal knowledge of dealing with such issues. It is crucial to speak to an experienced domestic violence attorney whether you are a victim or charged with a domestic violence crime. Our office offers free consultations for these charges.

Often referred to as mental abuse or physiological abuse, emotional abuse is the depression, trauma, and anxiety caused by another person’s actions and words. This type of abuse leads to severe mental health issues. The dangerous part is that emotional abuse leaves non-visible long-lasting scars on the victims.

Because you were not bruised or battered is not a sign that you have never been abused before. And arguably, emotional abuse or violence tends to inflict more injury than physical abuse because, in most cases, emotional abuse is unseen, and the individuals deal with it silently, the signs are not visible.

Most often, if you do not do what these abusers want, they try to throw threats, physical violence, and other repercussions. Bullying is also a type of emotional abuse.

This type of abuse happens at work or even in the house. It is also vital to know that people dealing with mental health issues and alcohol addiction are more likely to escalate the violence.

Examples of physical abuse include being slapped, kicked, bitten, and other actions that may inflict physical pain on the other party. When force is used against you in a way that endangers your life or injures you, it is abuse.

Physical assault is a crime irrespective of where it is coming from – inside or outside the family. Your security is the Colorado Springs police and aggressive domestic violence attorneys who have the authority and powers to protect you from physical attack.

Surprisingly, many people suffer severe abuses in their homes without their knowledge. Many marriages and families were torn apart by verbal sniping or undermining each other’s parental standing.

It is widespread to see couples subtly work against each other. People who have no idea of their rights in a relationship are more likely to suffer. Unfortunately, violence and physical abuse among intimate partners due to this type of abuse is rising in Colorado.

Forced sex, even by a spouse or regular sexual partner, is a crime. Domestic violence law in Colorado is clear, and the punishment is severe in a situation where one is forced to participate in degrading sexual activity against their will.

DOMESTIC VIOLENCE DOES NOT DISCRIMINATE

Domestic violence and abuse can happen to any person regardless of age, sex, ethnic background, or economic status.

Notably, women are more often victimized than men. Still, the point is that abusive behavior is not acceptable regardless of whether it’s coming from male or female, young or old, adult or teenage.

Our personal rights and protections are to be respected and must not be infringed upon by others. The most dangerous part of it all is that often when you are in an abusive relationship, you can’t see it.

Research has shown that some factors such as mental disorder, personality traits, social profiles, social learning, socialization experiences, societal influence, and peer influence, among others, contribute to the violent behavior of people.

However, these are not justifiable grounds for excusal of abusive behavior. Many people believe that domestic violence and abusive actions do not happen because the abusers lost self-control over their behavior. In most cases, abusers act deliberately to gain control or to take dominance of the victims.

ARE YOU IN AN ABUSIVE RELATIONSHIP?

Break the painful silence of domestic violence and seek help now. If you or someone you know is being abused, don’t hesitate to speak up. Don’t try to convince yourself that the situation is none of your business.

Your neighbor, brother, sister, or other loved one may be going through a severe emotional challenge. Speak to them openly and give them all the assistance they need to get the proper help. Talk to the suspected victim in person and let them know that you care about them. Contact local domestic violence attorneys to arrange a free consultation. An expert attorney in Colorado Springs could help ease their mind about escaping a toxic relationship or obtaining a restraining order.

Bring up what you noticed has changed about them. Assure that person that you are just there to help and that whatever is discussed between the two of you would be kept a secret.

REPORT DOMESTIC VIOLENCE TO THE POLICE

Report to the Colorado Springs Police immediately if you feel threatened or abused. The police are there to protect you whenever you are in need.

If you have been falsely charged with domestic abuse, contact the premier Colorado Springs domestic violence attorneys immediately.

You will need an experienced legal expert to protect your constitutional rights and liberty.