Consult with our leading Colorado Springs DUI Lawyer if you have been charged with drunk driving in Colorado Springs.  We will fight for an outright acquittal and help you keep your drivers license and work to reduce any penalties. Contact our criminal law firm and put the local DUI experts in your corner fighting for you.

ONLY 7 DAYS BEFORE YOUR LICENSE IS REVOKED

Colorado is an “Expressed Consent” state, which means as a condition of granting you a license to drive, you automatically consent to provide the state with an immediate blood, saliva or urine test upon an arrest for driving under the influence. And it means that you agree to allow the state to revoke your driving privileges unless you specifically object within the 7 day period after your arrest.

We have busy lifestyles along the Front Range and with Only 7 Days To Save Your License, time is of the essence to meet as quickly as possible. Our Colorado Springs DUI Lawyer will schedule your DMV hearing so you can keep driving and we’ll appear in court so you don’t have to take time off of work.

DUI cases are difficult but winnable. This can be true even if strong field sobriety test evidence is available against you. But the hard proof necessary to convict you is not always present, like an accurate breath test result or probable cause. Over 400 drivers in the greater Colorado Springs area are charged with DUI each year.  Many of those charged with DUI in Colorado Springs are successfully defended by our lawyers each year.

Even if a case cannot be dismissed, the DUI charges or penalties are often reduced. To do so requires detailed knowledge of the Colorado DUI law. A skilled Colorado Springs DUI lawyer will put you in the very best position to beat your DUI charge.

Depending on the circumstances your case can be decided in several ways:

The easiest way to improve your chances of beating a DUI is to hire a highly experienced criminal defense attorney specializing in Colorado Springs DUI Defense. Take advantage of our free consultation to discuss your DUI charges today.

WHAT TO EXPECT AFTER A DUI IN COLORADO SPRINGS

Colorado state law treats DUI as a serious crime. Here’s a rundown of what to expect:

There are tactics that your DUI lawyer should use to beat your DUI charge. They involve finding flaws in the prosecution’s facts, proving that your rights were violated during your detention, and undermining the arresting officer’s testimony. Both tactics may be used during the prosecution to obtain a plea deal or attempt to defend the case during the trial.

If you are arrested, you will face punishments, including imprisonment, fines, legal fees, treatment/education services, revoked driving licenses, and reduced driving rights. The sentences differ based on whether you had a previous DUI offense, whether anyone has been injured, and how serious the judge is. A DUI law specialist with years of experience will help you reduce the seriousness of the sentence even though you are guilty.

ABOUT THE DMV HEARING

After a DUI arrest, the DMV will revoke your license unless you request an Express Consent Hearing from the DMV in writing.

You have only seven days to request a DMV hearing if:

The DMV will mail your notice of license revocation if you took the chemical test and your BAC registered .08% or higher. Otherwise, the arresting officer will confiscate your license and present your Express Consent Affidavit and Notice of Revocation.

You must request a Express Consent hearing in writing within the 7 day period.  It is critical that you seek the counsel of an experienced DUI specialist at this point.

CONSEQUENCES OF A DUI CONVICTION

DUI charges immediately put your personal life, work, reputation, and driver’s license at risk. To achieve the best possible outcome, you need a trained defense lawyer expert in DUI cases on your side.

A former judge experienced in criminal defense representation, attorney Moran can be the difference between a DUI conviction or an outright dismissal of charges. Avoiding a misdemeanor or felony conviction while protecting your driver’s license is always the primary goal of our experienced criminal attorneys.

HOW MUCH WILL A DUI COST?

Have you ever wondered what the cost to your life would be if you are charged with a DUI? Most people don’t until they get arrested and overwhelmed by the shocking costs involved. DUI’s are very expensive and can cost you your license, your insurance, job, and marriage.  Then there’s the fines and jail time to deal with.

As soon as you are charged with a criminal offense such as a DUI or DWI, you will be hit with booking fees, court costs, bond and attorney’s fees.  These fines are known as civil obligations.

Without a specially trained Colorado Springs DUI lawyer on your side, the Court can also suspend your license for up to one year, order you to undergo alcohol treatment at your expense, endure random drug tests and perform community service.

HOW A DUI SPECIALIST CAN HELP

Our Colorado Springs DUI attorneys offer tremendous experience in the criminal law process and provide specific DUI case expertise. Thousands of clients throughout the Front Range have turned to our DUI attorneys to apply that specialized knowledge to protect you against criminal charges and jail time. 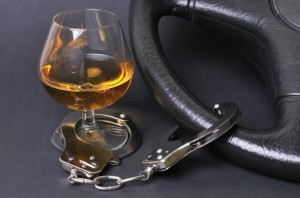