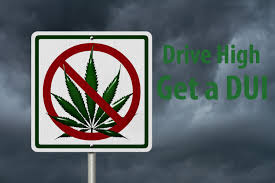 The difference between DWI and DWAI hinges on your Blood Alcohol Content (BAC) or the concentration of drugs in your bloodstream when you are arrested for driving drunk driving or driving while ability impaired in Colorado.

DUI and DWAI are both charged under Colorado statute 42-4-1301, CRS, which makes it a crime to drive under the influence of, or driving while ability impaired by drugs or alcohol. This law covers all drugs and substances, including legal drugs like marijuana, prescription medication, and over the counter drugs.

A first time DWAI is usually charged as a misdemeanor, and is described as the point at which your ability to operate a motor vehicle safely is impaired in the slightest degree by alcohol or drugs.

You will be charged with DWAI if your blood alcohol content BAC is at or above 0.05%. For Marijuana, there is no set level of THC that would trigger a driving while ability impaired DWAI Marijuana charge. Other factors like weaving in and out of traffic, bloodshot eyes, or the smell of Marijuana in your vehicle could be used to support this charge by the arresting officer.

Under Colorado state law, driving while alcohol or a drug affects one’s ability to drive safely in the slightest degree is DWAI.  The law specifies that a driver testing with a BAC of at least 0.05 creates a “permissible inference” of DWAI.

OTHER DUI AND DWAI COURT COSTS

Many court surcharges apply with a Colorado DUI conviction, including:

Colorado DUI and DWAI convictions stay on your criminal record for life and cannot be sealed or expunged.

Colorado DMV also counts DUI and DWAI points against your license for five years. Further, DUI and DWAI convictions count towards the Habitual Offender designation in Colorado, which revokes your driving privileges if you acquire three major motor vehicle traffic violations within seven years, such as:

If you are charged with DUI, you have only seven days to personally request a hearing with the DMV or your license will be suspended automatically. This provision is not negotiable with DMV.

Further, Colorado shares DUI and DWAI information with 44 other states. So if you are arrested in Colorado and don’t attend your DMV hearing, your license can still be suspended even if you don’t live in Colorado.

With a DUI or DWAI arrest in Colorado, you will immediately face legal penalties, fines, and jail time. You will likely also receive points on your license, depending on the offense.

A DUI or DWAI conviction on your driving record can cost you not only your driver’s license but much more in insurance premiums, fines, and possible loss of employment.

The average minimum attorney fee for a first offense Colorado DUI will be around three to five thousand dollars and rise significantly with a second or third DUI or DWAI offense.

And your legal defense fees are separate from court costs, fines, restitution, vehicle towing and storage, and increased insurance costs.

All drunk driving offenses in Colorado are prohibitively expensive and carry possible jail time. It is vital quickly to contain the damage a DUI or DWAI conviction can do to your life.

Having a legal expert with complete understanding of how the Colorado legal system works is vital to avoid these expenses. A search for top DUI lawyers near me can quickly minimize your potential legal and financial exposure and put you in a position to prevail against the DUI or DWAI charge you face.

Our law office has provided premium results for DUID clients in the greater Colorado Springs area for over two decades.  We would be honored to speak with you about your legal situation free of charge.  Please call or send us a message for a free consultation at your earliest convenience.